Will the Iraqi Dinar Revaluation Happen?

Will The Iraqi Dinar Revaluation Happen?

Imagine a currency from a faraway land. Once purchased, a short period of time awaits in order to yield an ROI above 100,000%. Allowing you to walk away from the investment arena and live the life you always dreamed of.

Would be nice, wouldn't it?

The currency we are going to look at is the Iraqi Dinar aka IQD.

So why are we seeing a reported 5 million investors buying up the Iraqi Dinar? Do they know something we do not?

The crux of the deal is simple, it is said by those pumping the sales of the Dinar that the Iraqi Dinar is ridiculously undervalued and the only option is to complete a "revaluation" thus those who hold dinar now will someday in the not too distant future wake up to realize they have a substantial windfall of $100,000 for every $1 invested.

Some of the dinar community expect less and some expect more

Many of us know that Iraq has a lot of potential and is excelling, despite the constant turmoil in day to day life. A great example of how the economy is doing was when Iraq had its first IPO since the Saddam Hussein era, an Iraqi telecoms company called Asiacell which ended up being the largest IPO listing in the Middle East and North Africa since the Saudi Arabian Mining Co listed in 2008 on the Saudi Stock Exchange.

Even when you consider the oil and oil prices, Iraq currently holds fifth place around the world for oil reserves. It gets even better though, much of Iraq has not even been explored! Especially when you consider the new technologies for exploration, reserves currently documented are most definitely going to be higher.
As you can clearly see, Iraq is a success waiting to happen.

My prediction is that we will see a denomination of the Iraqi Dinar whereby three zeroes will be deleted from the currency meaning the current legal tender becomes void once exchanged for a newly issued legal tender over a period of say 90 days.

An example being, today you fill up your car for argument's sake with a 25,000 dinar note the equivalent of $21.47 and once the denomination takes place you have freshly minted notes of say a 20 and a 5 dinar note. You go back to the same location to buy your petrol and instead of using 25,000 dinars, you pay with the new tender of 25 dinars. This means the purchasing power is exactly the same, no less and no more, no winners and no losers. Meanwhile, the exchange power to the USD remains the same 25 dinars gets you $21.47. I want to take a moment just to look at what happened in late 2003 and early 2004 when the Coalition Provincial Authority issued the new Iraqi Dinar (the one currently in circulation) in exchange for the old Iraqi Dinar bearing the face of Saddam.

The risk facing currency speculators is that Iraq will do a re-denomination and given its history may even do an in-country exchange only leaving those unable to get to Iraq with a pile of worthless currency. I think you have to look at this very seriously when one considers if the Coalition Provincial Authority (American, Britain etc.) did it when in power, now that Iraq has full power, she is well within her rights to do the same and likely will.

Some might say, "if Iraq is considering such action surely the moral duty is to stop selling to overseas purchasers." Unfortunately, the duty of the Central Bank of Iraq is to sell as much of its currency to the highest bidder.

Section 32 of the currency law gives them the right to remove the three zeroes and allow an exchange in-country only.
Iraq still has over 71tn physical banknotes alone and with a revaluation it would be worth a staggering 11 trillion US Dollars which even if you were to double the amount of US

It is also backwards to think that Iraq will use oil as the Iraqi currency backing / inflation hedge because the reality is oil gets burnt, sold and used up aka depleted. There is no magic vault that the oil is stored, as it has to constantly be sold or used which means every time a barrel goes through this process the currency has since become over-valued.

Conclusion
For the many dinar holders outside of Iraq, the future remains bleak contrary to what the dinar pampers will tell you. The fact that the numbers do not add up should be enough to tell you this get-rich-quick fallacy is just that, a fallacy.

Baghdad Invest a site focused on bringing a sense of realism to the investors of the Iraqi Dinar.
This article was written by: Baghdad Invest

Please leave a comment below if you have any questions about Iraqi Dinar Revaluation! 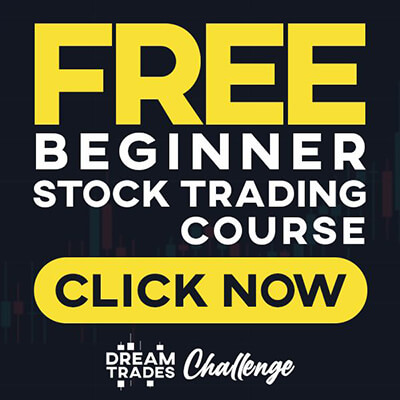